“That was the thing to remember about all monsters, They love to frighten
people, but the minute you stare them down, they turn tail and run.”
– Jeannette Walls

On March 13, 1964, 28 year-old Catherine “Kitty” Genovese was attacked and murdered in her Kew Gardens, NY, neighborhood by Winston Moseley. Moseley was arrested 6-days later for burglary, and while in custody, confessed to the murder.

Kitty, returning home from her job as a bar manager, parked her car in the nearby train station lot around 3am. She walked through the alley towards the back of the building where the entrance to her apartment was. Along the way she noticed Moseley tailing her and attempted escape to the front of the building. Once she bolted, Moseley ran her down and stabbed her twice in the back.

At this point a neighbor heard the commotion and yelled out the window to “Leave that girl alone!” Moseley ran to his car and drove away. Kitty attempted to get around the building to her apartment door.

10-minutes later, Moseley returned and searched the area. Finding Kitty in a back entrance way, he stabbed her again multiple times and raped her – And, after removing $49 from her purse, he left her to die. 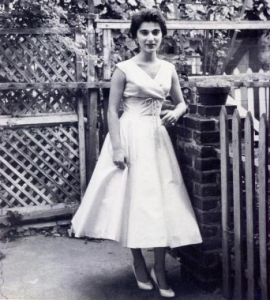 A.M. Rosenthal’s book 38-Witnesses, the Kitty Genovese Case, as well as original articles written by Martin Gansberg for the New York Times (and much more inflammatory accounts over the years by other publications) have suggested that 38-people stood by and did nothing as Kitty was attacked. Truth is, 49 people were actually interviewed by police who had some knowledge of the evening’s events. However, none were what could be described as “eye witnesses.” Most were sleeping with the windows closed on a cold night and thought they were hearing nothing more than a domestic disturbance.

It’s doubtful after the initial attack Kitty could scream as the knife wounds in her back had punctured a lung. And the second attack happened out of sight, so few had any sense of how serious it all was. However, some did call the police, only to be met with less than helpful responses. (Such accounts led to a revamp of the NYC police emergency call network, ushering in the future 911 systems.)

Regardless of the facts, the event is still used as an example of indifference and the human failure to get involved. But, that’s not the real issue, here.

What is so often overlooked in accounts of the Genovese murder is her attacker.

29 year-old Winston Moseley was a sociopath, extreme narcissist, and according to one prison doctor, a necrophile.

He lived what many would deem a “normal life.”

Moseley confessed to the rapes and murders of two other women (Barbara Kralik, 15, and Annie Mae Johnson, 24. Both, most likely, included rape) , 30 to 40 robberies, and countless other rapes. He was given the death penalty for the Genovese murder, which was reduced to life in prison on appeal.

In 1968, Moseley escaped custody during transfer for a medical procedure. He overpowered and beat a guard, stole his gun, and fled to the nearby vacant home of Mr. and Mrs. Matthew Kulaga. Three days later, the couple came to check on the house – Moseley took them captive, raping the wife in front of her bound husband.

Stealing their car, he drove to Grand Island, NY, where he broke into another home, taking a woman and her infant daughter hostage – they were released unharmed two hours later, and he surrendered to an FBI agent after a brief stand off. He pleaded guilty to escape and kidnapping, and was given two additional 15-year sentences (making it all better.) While in prison he participated in the famous Attica Prison Riot. …he also obtained a SOCIOLOGY degree.

Winston Moseley was not a stupid man. He was cold, calculating, and did it all for personal gratification without the slightest concern for those he harmed. He told police that he preferred to kill women because “they were easier and didn’t fight back“, but he “obtained pleasure” from the fear men displayed when he pointed a gun at them during a robbery. 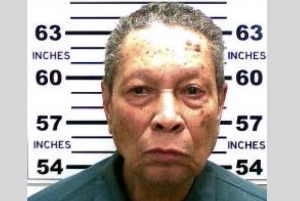 Moseley stated during a parole hearing, “The crime was tragic, but it did serve society, urging it as it did to come to the aid of its members in distress or danger.”

Years ago I penned an article entitled Justice Only Happens In Real Time, where I discussed the reasons we carry guns and the consequences of not doing so. Winston Moseley died in prison last week. He lived to the ripe age of 81 (at taxpayer expense.)  Had Kitty carried a gun in 1964, maybe, just maybe, she might have been able to engage Moseley on his second (or first) attack and put an end to it…and perhaps she may have lived to be 81. (Of course, she would have had to do so in violation of NYC’s Sullivan Act. The Sullivan Act and those who support it holding the majority of the blame, in my opinion.)

Most of us would agree how silly it is for a child to imagine there’s a Boogieman under the bed, and we do our best to help our children grow out of it. But as adults, many of us refuse to acknowledge the existence of real Boogiemen in the world.

The Winston Moseley’s are out there, and they don’t take days off.

We have two choices: carry our guns and stand ready to defend, or chance putting our families through our funerals and 50-years of our murderer’s parole hearings.

That’s a roll of the dice I’m not willing to take.

“He told me he got no thrill with live women he raped, he preferred them dead.” – Dr. Oscar Diamond, Psychiatrist, Manhattan State Hospital, testifying during the Moseley trial