Our intention as gun carriers should be to avoid conflict, living long, boring lives absent of any defensive shootings. And most of us will be successful.

Some, regardless of how well avoidance and de-escalation skills are practiced, will be left with no option other than to deploy a firearm in self-defense.

Self-defense is not a concept only applied to violent felonies. Self-defense is a general practice encompassing every aspect life. Medical, health, and financial defense, defense from the elements and natural disaster – all topics which require our attention, and all are ignored at our own peril. However, there is one more category, and it is commonly ignored by the gun community – that is:  legal defense.

Most defensive shootings are over in 3 seconds – occasionally one drags out into the double digits, but its rare. On a time scale the shooting itself is barely a blip, however, the aftermath could last the rest of the defender’s lifetime – as such, the first 5-minutes of police contact after a shooting will play a massive part in determining how the next 5-months to 50 years will play out.

Police have a job to do, and that job is:

That’s what they come to do, and nowhere on that list is “Be your pal.” When police arrive at the scene where a dead body is present, the investigation will be undertaken from this starting point: A citizen has been murdered.

It doesn’t matter that the citizen in question is a twice convicted felon local drug dealer who is on the sex offenders list. It doesn’t matter if the citizen isn’t even a citizen! Police begin their investigation from the point of the dead body not deserving to be dead. And that’s the only proper way they should begin such an investigation. They may quickly come to the conclusion that there hasn’t been a murder, but make no mistake, that will be the first consideration and may remain the focus.

So, if there has been a murder, who’s the prime suspect?

Thus, your legal defense has already begun – you had better be prepared to act in your best interest when officers arrive.

Our standard lesson to students for their immediate actions after a shooting in public is thus:

– We are not required to expose ourselves to danger, if the scene is not safe, it’s ok to seek out a safer place. That does not mean jump in your car, drive home, and go to bed. It means get to cover, move from the parking lot to the foyer of the store, or even lock yourself inside your vehicle. Leaving the scene is only advisable if there is an active violent threat still operating. And even then, only move far enough away to escape that specific threat.

– Immediately call 9-1-1, or direct a bystander to do so for you. The bystander may be your best bet if you are standing there with your gun in one hand and your toddler in the other while badguy is thrashing about on the ground, or if you’re busy applying a tourniquet to yourself. [None of us can predict the exact circumstances of your next fight, all we can do is generalize.] If there is no bystander to do so, do your best to call as soon possible.

IT’S A RACE TO THE PHONE!

Why? The first person involved who gets the call in and their name entered as “the victim” is who the system will arrive to help. If you end up on the side of “the offender”, your resources, savings, and your freedom, could be lost.  Should your assailant run away, call 9-1-1 and report “a Crazy woman [or man] with a gun just took a shot at me in the WalMart parking lot” who do you think the police are now focused on? Who is the “victim?”

9-1-1 calls rarely connect directly to a police department. Instead, they are answered by a call center staffed by no one anywhere near a police officer. The operator you speak to will be reciting a script off a computer screen. The script will contain a number of questions they must ask before your emergency can be directed to the proper agency. This will piss you off! Contain yourself to the best of your abilities and work through it.

All other questions should be responded to with “I’m not sure.”

Remember, they are responding to a “shots fired” call, they will be rolling in hot with lights and sirens, guns drawn, and all the adrenaline that goes with it!

One other situational variable might be the badguy running away. In that event, do your best to give a description of him/her/them to the dispatcher so they can issue a Be On the Look Out (BOLO) call to local law enforcement agencies.

What you will not tell the dispatcher is any details about your end of the shooting. You will not say things like “I fired 3 shots” or “he was standing 20 feet away.” That will be between you, the detectives and your LAWYER.

You are most likely experiencing the most exciting day of your life – one which is now swirling with elevated blood pressure, rapid heart rate, tunnel vision, and a chemical cocktail your survival mechanism dumped into your blood stream. You are in no state to be giving any specific details about your actions. We will make a statement later after we’ve consulted with our lawyer.

– Next, we DO NOT GREET POLICE WITH WEAPONS IN OUR HANDS. Police are greeted with empty hands about chest level, palms out, finger spread apart. We do not charge towards officers – we stand still or walk slowly towards them, hands still up and visible, until told to stop. [This is our second effort at not getting shot by arriving officers.] Avoid putting hands in pockets without permission. Ask before you make any moves. 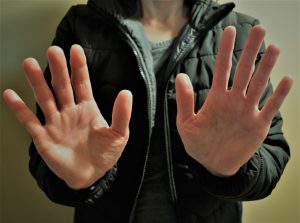 – We now employ our “tape loops.” Tape loops are words and phrases we have memorized and rehearsed beforehand to the point of being second nature. The 5 we recommend are in italics as follows:

Badguys are not happy when the police arrive. Badguys don’t call the police on themselves.

2. “That man [or, those men, or that woman, or those women] attacked me, tried to murder me, I was in fear for my life.”

Establish yourself as the victim. Point out who the assailant(s) is.

Legally establish yourself as the victim. You are not a victim until it is entered into the system as so. [Side note, as private citizens we do not “press charges”, we sign complaints. Prosecuting attorneys press charges.]

This is a lesson in itself, click here to read the explanation.

5. “Officer, I’d be more than happy to answer all of your questions as soon as my attorney is here.”

This is the basic outline, and as with all outlines, there are variables, so…

Other things which need to be communicated to police if applicable:

If police ask you what your name is, tell them. And produce ID if asked.
When police ask you if you are armed, answer truthfully – “No, I am not” or “Yes, I am. How would you like me to proceed?” You will NOT sweep your garment or reach for and weapons! Keep your hands visible, make no moves.

The answer to all other questions is: “Officer, I’d be more than happy to answer all your questions as soon as my attorney is here.”

There are many who suggest that in a self-defense situation all communication from police should be replied to with “I want my lawyer.” …and, good luck to them with that. I don’t recommend that course of action to any of us. Some will argue that it’s better than saying the wrong thing, but not establishing one’s self as the victim is unacceptable. We must get our name on the correct side of the police report, and that requires communication.  Is it a fine line? Yes, but it is something we can all learn and implement.

As a non-lawyer, I’m not here to give you legal advice, I’m simply passing on what I’ve learned – I could be wrong.  So, my actual advice is to go spend time with Andrew Branca, Massad Ayoob, Marty Hayes, John Farnam, and Manny Kapelsohn, and learn it all directly from them. Also, join the Armed Citizen’s Legal Defense Network. They will send a series of educational DVD’s that will help educate you on the ins-and-outs of the subject.

No one cares more about you than you do. If you are not taking proper steps to prepare and equip yourself for the legal aftermath of a defensive shooting, you do yourself an incredible disservice. One that may land you a 10 to 20 in the state pen because an overzealous prosecutor running for reelection noticed your statement at the scene contradict the forensic evidence, or that you made no statement at all which allowed your attacker to claim victimhood.

If you think that can’t happen, read what happened to Larry Hickey.