The list of banned rifles is long, and the text seems incredibly familiar. When one reaches the point where it lists USAS-12 and Striker shotguns [items presently under a de facto ban nation-wide when they were added to the National Firearms Act (NFA) and regulated as destructive devices] , the light should go on. It’s mostly a copy/paste of the ’92 Federal Ban, with additions.

…this tells us everything we need to know about how much knowledge Illinois Democrats have of guns, and how much effort they put into drafting the law. Of course, I wouldn’t expect any less.

As it stands, present owners of now banned firearms will be “allowed” to keep them (how gracious of government to not confiscate individual private property specifically protected by Article II of the Bill of Rights) However, they are to be “registered” with the state by October 1st. I have yet to see the details on how that’s to be accomplished.

One item of note for those who care about such things, the law also specifies that shotguns with fixed magazines may not hold more than 5 rounds. Mossberg 590’s, and “tactical” Remington 870’s, etc., are now verboten.

It also give courts more power to invoke “red flag law”-type firearm restraining orders, and bans the sale of rifle magazines over 10-rounds, and handgun magazines over 15-rounds.

As one who fled the state years ago, I’m not particularly concerned, but I still have friends and family there, who, if in actual possession of any such small arms, would, I’m sure, be soundly disregarding the new unconstitutional law, as deserved. But, being that none of them do own such things, it’s a moot point. 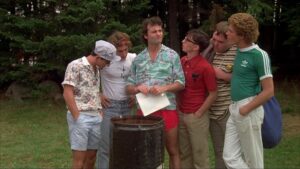 Illinois would like you to look at these new laws. They’ll be in here if you want to check these out later.

Personally, I’m amazed Illinois held such a thing at bay for as long as it did. Since dial-up internet, people in comment sections have regularly spouted off about Illinois being a state with draconian gun laws where no one can own anything. Simply not true. Until yesterday, AR15’s, magazines as big as you want, .50BMG, and all accessories like folding stocks and bayonet lugs were fine. As much as it may surprise the rest of the gun owning nation, such state laws in Illinois are brand new.

This legislation, like so many others, is paraded out by Democrats claiming it will “save lives” and dissuade “mass shootings.” Of course, it won’t. It will have zero effect on crime or “mass shootings” (however those are being defined.)

But, not to worry, when the stated intent doesn’t materialize, Illinois, and specifically Chicago, will default to their standard practice of blaming Indiana for the failure. And, when they do, note that they will never explain why Indianapolis isn’t suffering the same “gun violence” problem Chicago is, even though Indiana is a Constitutional carry state (open or concealed) for non-felons 18, and older, and everyone (well, all most everyone) owns a rifle.

However, let’s not dismiss their motivation in passing this dreck as “feel good”, well intended, or even misinformed – No. This is what they think they can get away with while ignoring SCOTUS decisions. If they thought confiscation was possible, they would have done it. And my guess is the reason they plagiarized the Federal ban is because it was upheld at the time, by default, during legal challenges.

They hope to present the new law as “proven constitutional” to the courts – again, just a theory.  Should the courts side against them, they’ll ignore it and come up with another scheme, anyway. That’s the game, now. They “win” through attrition while financing the legal battles with our tax money.

Pritzker also signed a universal background check law, and one requiring firearms dealers to be state, as well as, federally licensed. The later, will of course, create more problems than it’s worth for many existing dealers, and make it harder for new dealers to start a business – which, we can be certain, is the point.

In the meantime, all this is just another indicator of a nation on the path to balkanization. The sides are no longer bound by a common goal, theme, or direction. The sides are diametrically opposed in every way. Philosophically, religiously, politically, ethically, morally, and even scientifically [There are two genders v There are infinite genders.]

Our common bond used to be the Constitution, liberty, and “In God we trust.” Those are, according to the left, racist, sexist, ______-phobic, patriarchal, evil things which must be destroyed. No decent allowed!

The situation is, in the long run, unsustainable. The two cannot live together.