Recently, Benchmade knife company made the mistake of posting picture to their Facebook page depicting their assistance to the Oregon City, PD, in the destruction of firearms. I was contemplating a blog post about it, but then I read the words of Instructor, Matt DeVito. He summed it up quite well, and anything I would say is a needless redundancy. I contacted Matt, and with his permission, reprinted his words below. – Frank Sharpe, Fortress Defense

You’re a company that makes the majority of your sales from those people that vehemently support the Second Amendment. Yes, you also have a TON of support from law enforcement. Keep in mind…99.9% of PD’s aren’t outfitting their officers with fixed or folding blades…that’s usually an individual officer preference and purchase.

You want to help out the local PD…cool…I get it…again…Benchmade has been a household name in LEO communities for years.

As a company…with roots based DEEPLY into the soil of the Second Amendment community…you just don’t cut up guns…EVER.

There’s a million different ways to help a PD…doesn’t matter if the guns were court ordered to be cut up or not…that’s bad business, and in 2019, when Democrats are introducing bill after bill to strip down the Second Amendment…that just seems like common sense to move as far away from that as possible. 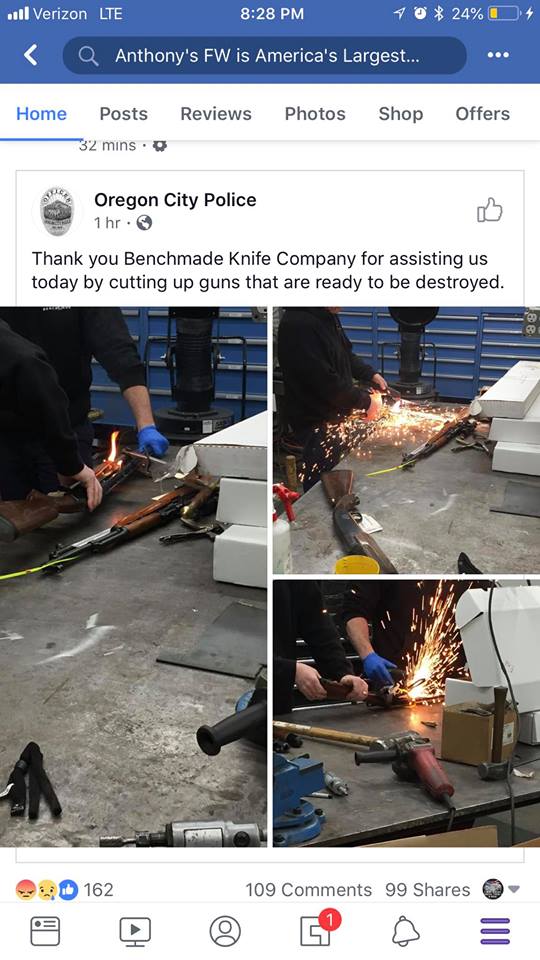 If you don’t see the problem here…then look in the mirror…because you’re part of it. It goes back to the “What You Allow is What Will Continue” mantra. One company does it, no one bats an eye, then others continue the action until it becomes “common place”. This is no different than “it’s only a bump stock…they’re stupid anyways”.

I’m pretty sure that’s how Nazi Germany had success when people said “oh they’re only rounding up the bad Jews…no big deal”.

If you can’t see this for the bigger picture, then you’re standing on the neck of every firearms owner in the country. If you don’t see a problem with the precedent they set, then you’re a fraud for pretending to support the Second Amendment, all the while being perfectly fine with a disarmament of the people.

Oregon has slowly become California North, and moved to much more liberal thinking and much tighter gun control…and the reason, is because of stuff like this being allowed.

If it doesn’t piss you off…then maybe you’re on the wrong team here and should really reevaluate which side you’re on.

Think about waking up this morning as the CEO of Benchmade to the headlines “Benchmade assists PD in destruction of firearms” vs “Benchmade stands by the Second Amendment and it’s supporters, and refuses to cut up weapons turned into local PD”.

Which headline is gonna help buy your new vacation house? 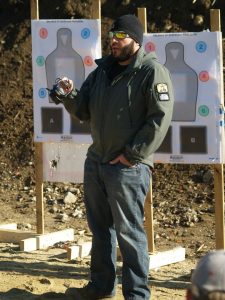