“Yesterday, December 7, 1941 a date which will live in infamy, the United States of America was suddenly and deliberately attacked by naval and air forces of the Empire of Japan.” – President Franklin D. Roosevelt, opening of speech to Congress requesting a declaration of war against Japan, December 8, 1941 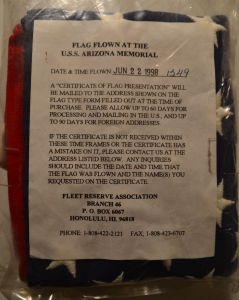 The attack on Pearl Harbor, Hawaii, set forth the chain reaction causing millions of American men and women to enter into military and support services to defeat the Axis powers during ‘World War II.’

One of those servicemen was my grandfather. He entered basic training at Great Lakes Naval Base, and once completed, reported to the USS Edwards (DD-619) for duty in the Pacific theater.

Named for Congressional Medal of Honor recipient Lieutenant-Commander Walter Atlee Edwards, she was commissioned to sea in September of 1942 and saw heavy combat, earning 14 battle stars, ranking 10th out of all the US ships of WWII. 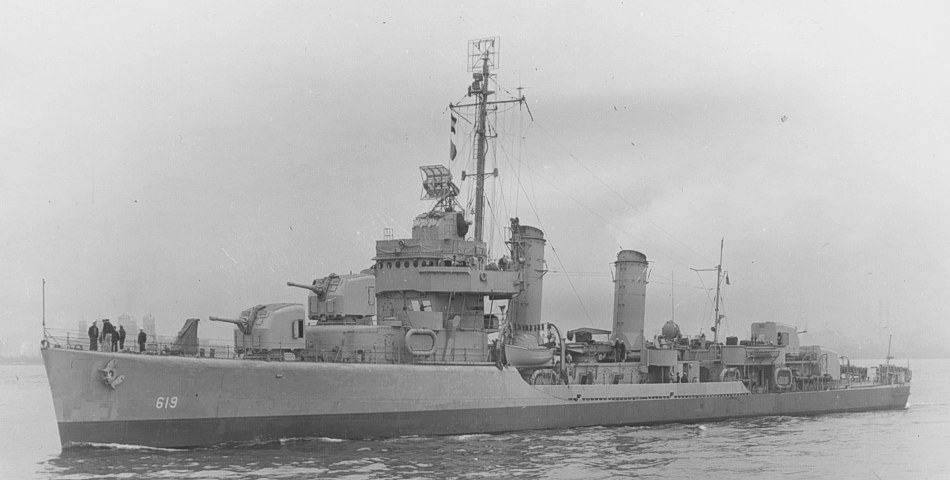 My grandfather spoke little of it. He passed in 2001. However, one story about the ship that sticks with me is as follows:

On December 30th, 1944, a Japanese plane loosed a bomb directly amidships the Edwards. It was a “kill shot” in every sense of the term. However, the bomb hit the water 50 feet from the ship and bounced like a skipped stone right between the Edward’s smoke stacks, landing harmlessly in the water on the other side. This, while the ship was running around 30 knots.

This “happenstance” allowed the Edwards and her crew to finish out the war and return home. The boat being decommissioned in April of 1946; my mother being born in December of 1948.

Fate makes for an interesting study. The outlandish string of events that had to happen, and not happen, for any of us to exist, is mind boggling. One less freak bomb event and I wouldn’t be here.

People will sometimes question my choice to be armed. Well, to use a tired phrase, life is precious – and as far as I know, I only get one. No one will be prematurely ending mine without a fight – I have things to do.

Remember the cost of your liberty – remember those who paid the ultimate price for it. Re-pay them by making use of the gift. Don’t waste your time, don’t waste your opportunity.