“What we obtain too cheap, we esteem too lightly” – Thomas Paine

In the states where legal, private sales of firearms are common place at gun shows. However, we all take our chances, as attempting any comprehensive inspections on potential purchases is all but impossible. Individual sellers are not interested in letting strangers take their guns apart, nor is there ever a proper place or amount of time to do so. And, once a transaction takes place, the attempt of returning the firearm, should a serious problem be discovered after purchase, is a pipe dream. If one is lucky enough to have been given real contact information from the seller, the general attitude will be “sold as is – no returns!”

This creates the perfect condition to dispose of defective guns to the naive and gullible  – firearms that would never make it past basic inspection by a qualified gun smith, or a licensed dealer worth their salt, are easily passed off to the unsuspecting who willingly throw cash at a passing stranger in the aisle of the county fairgrounds 4H building because, “Private sale – ‘Merica!”

One of the most common firearms to fall prey to the destructive hands of home gunsmiths is the 30-Carbine. I’m not sure I’m ready to explain why – my guess is it’s a combination of the desirability of end users wanting a light weight/light recoiling rifle, the mass amounts of them manufactured and later re-imported, and the lack of understanding owners have of how to keep them running. It amounts to lots of people buying and trading them for over 70-years while having the misguided impression that they are “easy to work on.”

For about half of my life, surplus 30-carbines could be had for under a few hundred dollars. However, prices started to creep up over the past decades and now even an extremely poor condition re-import can fetch $600+, which is attractive to many when comparing new manufacture Kahr Arms and Fulton Armory carbines that start at $1000+.

Pro Tip: if you’re in the market for a 30-Carbine, and you don’t know what to look for in a surplus rifle, just spend the extra cash on new manufacture. It will save you lots of time, money, and heartache in the long run.

I have owned a number of 30’s over the years, and still do. I’m far from an authority on them, but I have learned to place little faith in any surplus rifle a qualified gunsmith hasn’t check out.

Case in point, a 30 was recently brought to my attention by a neighbor who asked me to take a look at their rifle as it wasn’t functioning correctly. I’m not a gunsmith, nor a .30-Carbine armorer, but I’ve taken the advice of Ken Hackathorn with all military surplus 30’s that have issues, which is: Replace the 70-year old springs with new from Wolf, and swap over to the new manufacture Korean magazines by KCI. That fixes the vast majority of function problems seen with them.  And, that was my plan of attack, here. So, I ordered a spring kit, and a few days later tore into it.

First thing I noted was that the rear sight was adjusted all the way to the left. I asked when the last time he shot it was and if it was zeroed. He said last month, and yes it was – the only way he could get zero at 50-yards was to set the sight there.

Well, upon closer inspection his rifle had an importer’s stamp on the side of the barrel near the muzzle. That is usually an indicator of a bent barrel, as some less scrupulous importers machine stamped them without correct support. A giant stamping machine is used to smash their name into the metal and the result was a rifle which mimics a bullet making a right hand turn when fired.

Next, as I started disassembling the rifle I immediately noticed another problem. The hammer spring was about 1/3rd shorter than it should have been. Some one had either cut it, or it broke, and the spring was installed back in the rifle that way.  We’ll never know the story. (And yes, I’m aware there is an “early”, 22-coil spring. This was a broken 20 coil (remaining) spring from a later production gun.) 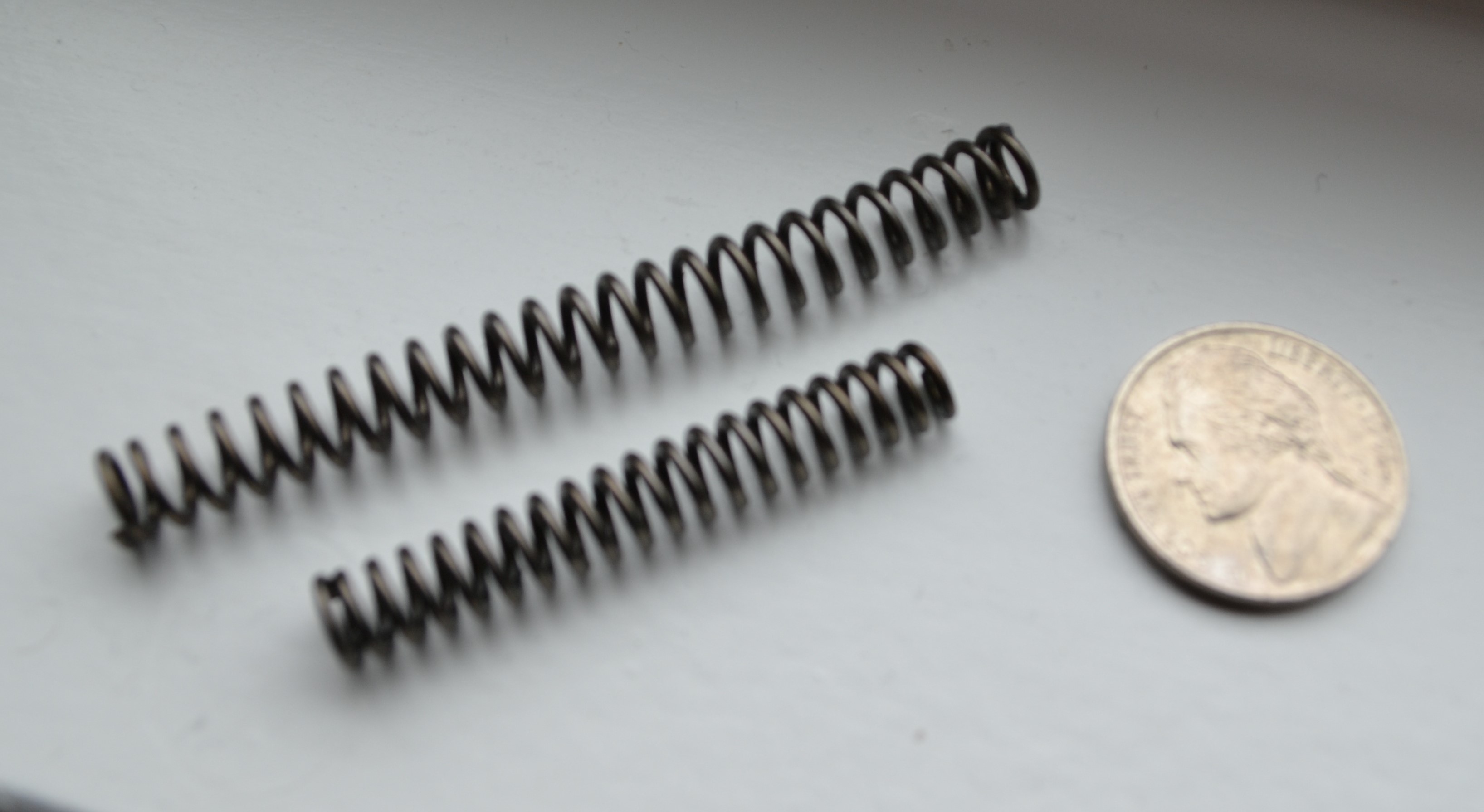 The spring kit and magazines seemed to have cured his problems, and the barrel issue isn’t all that big of a deal considering the rifle’s effective range and intended use – so, all’s well that ends well, I suppose. However, my neighbor is now shopping for a Fulton Armory replacement, and I applaud is decision.

One other issue worth mentioning was a student’s rifle that wouldn’t feed any rounds. Years ago they came to class having never shot it, and the first time they went to chamber a round the bullet tip jammed itself against the bottom of the chamber. After a little head scratching, we figured out that someone had taken a grinding wheel of some sort to the feed ramp and cut down an 1/8″ of the ramp. The entire ramp was 1/8″ less thick and was 80 grit sand paper rough. Of course, when questioned about where the rifle had been procured, he stated “private sale at a gun show.”

His rifle was junk – we subsequently issued him a company AR15 so he could finish the class.

Form a relationship with a local, reputable dealer. Pay the premium, buy quality.

It’s not like our lives depend on any of this, right?

“People who are frugal understand the value of a dollar and make informed and thoughtful decisions. People who are cheap try to spend as little money as possible.” –  Frank Sonnenberg