Disclaimer: This article is for informational purposes only, and it’s expected that the reader will seek out further information from certified medical personnel before considering any of the following . Frank is not a physician…in fact, he’s pretty sure his CPR card has expired.

Over the past 10-years there has been a revolution in the field of tactical (or combat) medicine. Medical science technologies have introduced a number of products and techniques which have provided the front lines with the means to save lives beyond our wildest imaginations.  The greater portion of this advancement has been in the mobile surgical field hospital – how they are equipped and staffed – as well as the training of medics and first responders. However, mixed in with all of this has been the resurgence of a relatively old piece of medical technology: the tourniquet.

The tourniquet has been with us in one form or another since at least the year 0 AD and before, but the more modern term tourniquet comes from the French verb meaning “to turn”, in reference to the version developed in 1718 by surgeon Jean-Louis Petit, which used a mechanical screw to tighten the device .

The military use of the tourniquet use is vast, yet uneven, since the Romans first deployed them. Our own military has seen them fall in and out, and then back into, favor since the Civil War, where they were actually issued to individual soldiers.

The recent wars in Iraq and Afghanistan have given us massive amounts of data in regard to trauma and wound care (especially that of blast injury and amputation), and the conclusion has been: tourniquets save lives!  And much of what has been touted as “fact” about tourniquets over the past century has proven unfounded (e.g. Limb loss is a given, loosen them every hour, etc…)

With that in mind, we in the civilian training community have taken a second look at our own emergency trauma procedures and are now considering the tourniquet to be an essential part of every operator’s personal defense equipment.

Most of us will not suffer blast injury or loss of limb during an attempted robbery; however, bullet and knife wounds can still prove quickly fatal with arterial bleeding from extremities. The human body contains right around 5 liters of blood. Symptoms (dizziness/light headedness/blacking out ) of exsanguination (bleeding to death) can begin anywhere from the loss of ¾ to 1.5 liters of blood, and once you’re unconscious, you won’t bring yourself back. So, it’s in our best interest to contain every drop of it we can in our bodies as exsanguination can happen in less than a minute under perfect circumstances.

In general, direct pressure is almost always sufficient to stop or slow a hemorrhage to an acceptable level. But, in the case of an attack, we may not have time to break out a pressure dressing, cut clothes away and apply proper pressure to ourselves – this might be due to disabling injury, or because we need to finish the fight first!

Because of this, all Fortress Instructors carry tourniquets with them at all times. Yes, we might need to use one during a non-violent medical emergency, but the main reason is for use on ourselves in order to stay lucid and neutralize badguys! My personal philosophy is that I never leave the house without a way to cause bleeding and a way to stop bleeding – so, I carry an Israeli Battle Dressing as well as a C.A.T (Combat Application Tourniquet) on my person daily. 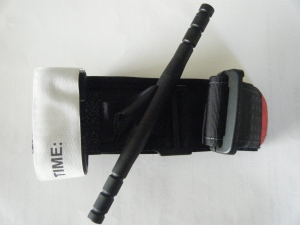 There are a number of quality tourniquets on the market, but I’m sold on the C.A.T. at this time.  It’s rugged, light weight, simple to use, and most importantly to me, it has NO metal parts; therefore, it’s something I never have to remove from my pocket and explain to security personnel!

The C.A.T. is highly recommended – get one, and get training! 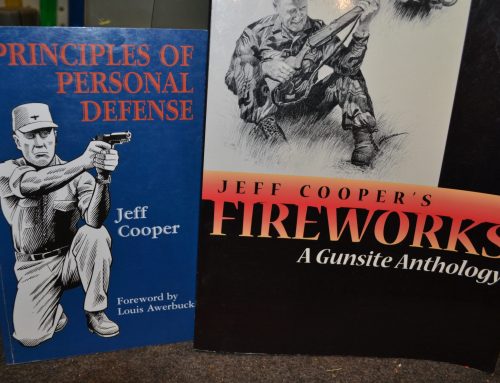