Over the past year a number of students have brought to class the Universal Pistol Magazine Carrier manufactured by Pitbull Tactical – To be honest, I never paid much attention to the product…until recently.

At the urging of a female student, who is also a concealed carry license Instructor for her home state, I finally took notice and ordered a few for testing.

The carrier is a two piece design; an outer shell and an inner shell held together with two elastic bands, with the back of the inner shell having the belt clip molded to it.

The idea is this: As a magazine is inserted the two halves expand out stretching the elastic bands, which in turn maintains tension and compresses the carrier halves against the magazine body for proper retention. This allows for a plethora of different magazines to be used with a single carrier.

My original intent was to use the Pitbulls as “loaners” to students who forgot, or had issues with, their own. Should they be serviceable, these carriers, combined with the one-size-fits-all Stealth Operator holsters produced by Phalanx, would eliminate 98% of the spares I haul around with me on the road. In my life, that would be a godsend!

I never thought the product would be up to the task of daily carry, especially when I bought mine on line for $15 each. I assumed they would work “in a pinch”, and that would be good enough, but I wouldn’t expect them to hold up to any real abuse. However, I have to say, they work incredibly well! (so far)

I ran my copies at a number of classes this year without issue, so, once confident, I rotated them into my daily carry gear in an effort to truly test their durability.

After a month, here’s what I found:

– The clip can be a bit of a bear to latch over your belt when your belt is tight. A minor design change to the hooks on it would probably do the trick. I’ve also had the elastic band try to pop out of its slot when installing the carrier on my belt. A little change to the design of the body may be in order regarding that. 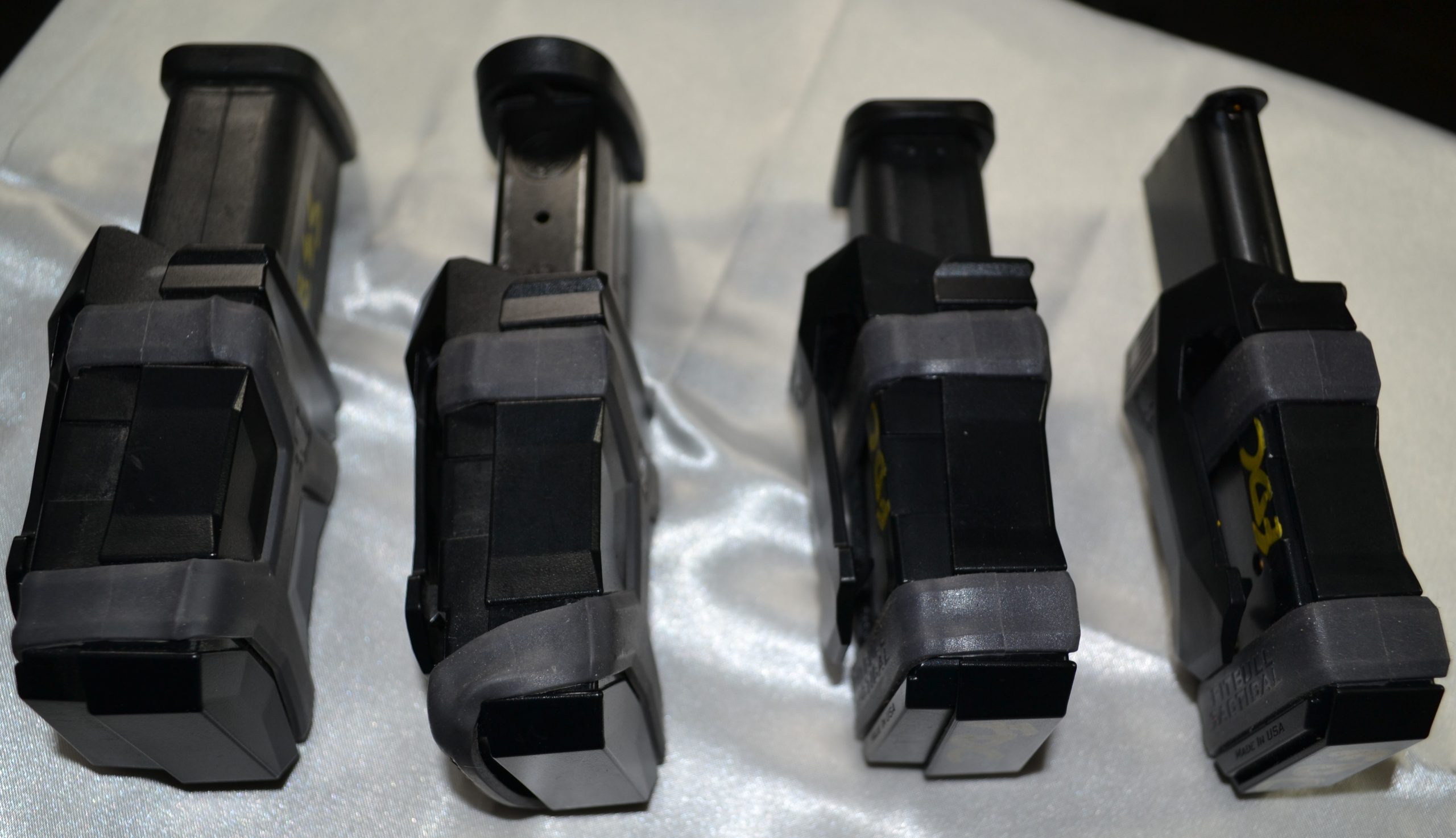 On the left, the G21 magazine. The elastic bands are at their stress point, for sure. Second from left is the authors daily carry S&W magazine. It has been intentionally set up to show how the elastic band can be dislocated when attempting to attach it.

I also found that the larger mags on the size spectrum, like the Glock 21, may work in the carrier, but they do tax the elastic and would probably snap it in no time. In fact, one of mine proved that to be the case.  A change on/in/of the elastic should be considered. 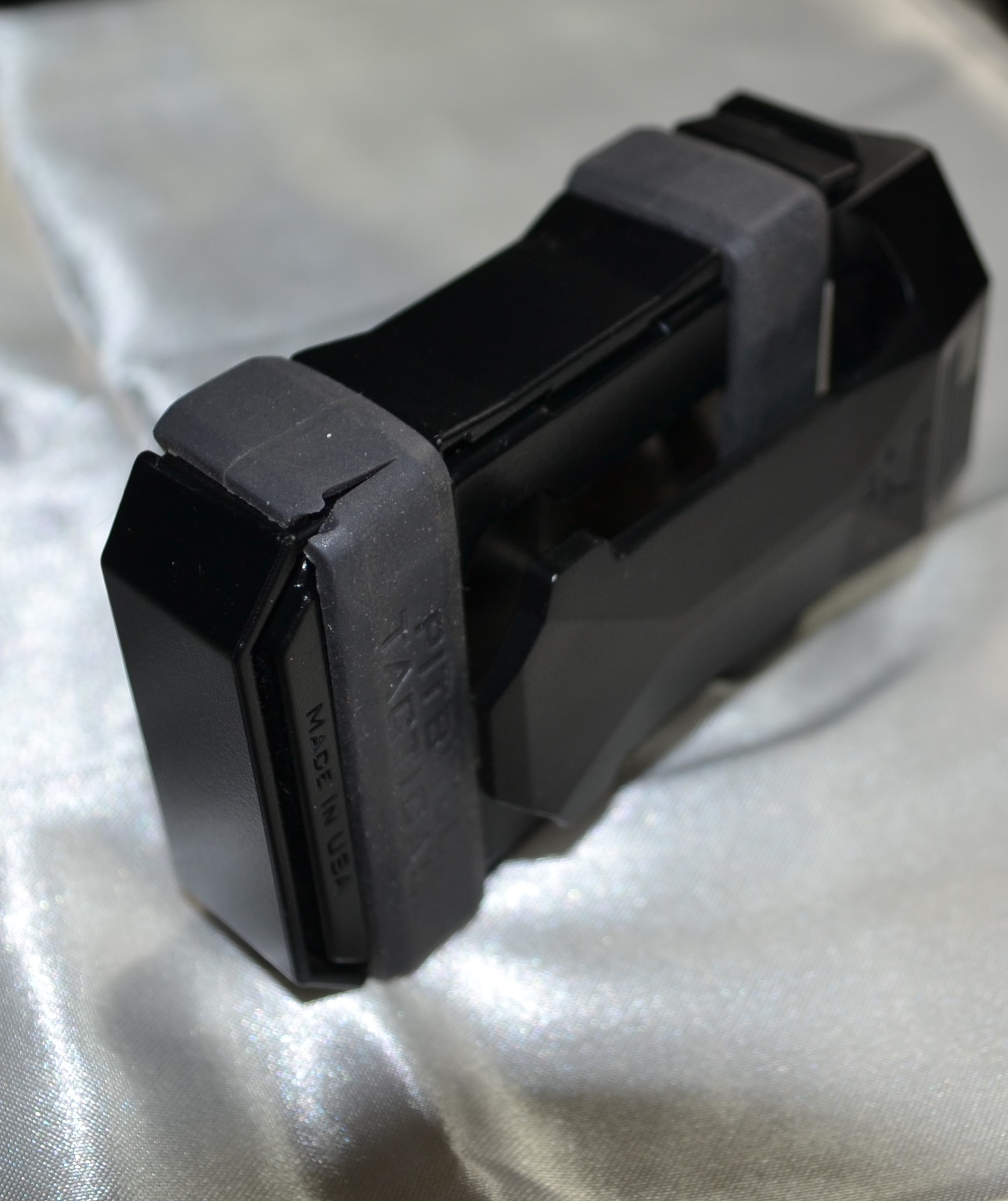 Carrier with the broken elastic. This was from a G21 magazine.

According to Pitbull’s website, the carrier I’m using is a “Gen 2″, so apparently they are improving them as they go along. I’m looking forward to the Gen 3!

– The clip is made for a a 1.5” wide belt. Thinner belts will allow the carrier to flop around.

– Carrier works either inside or outside the waistband.

– The tension on my M&P magazines is perfect! They go in and out of the carriers just right. Fast on the draw, yet they hold no matter how aggressively I’m rolling around on the ground.

For the money they are hard to beat! Especially when one hasn’t had a chance to get their hands on a bunch of different carriers in order to make an informed choice. These will work fine to get you by until that time proper research can be accomplished.

For the Instructor, you absolutely must secure a few copies for your range bag. Over the years, the amount of time my Staff has spent digging through bags and boxes trying to find and adapt “something” to work for a student, has been ridiculous. This solves most of such problems!