It’s incumbent upon we who carry defensive firearms to inspect our equipment regularly. Firearms, holsters, and magazines should be routinely checked for potential problems, and most of us do that. However, one component missing on many check lists is the inspection and replacement of ammunition.

My advice is to replace your daily carry rounds at least once year. That’s the minimum – Your lifestyle and geographic location can decrease that interval dramatically!

Those who work in harsh environments, such as construction sites and saltwater fishing boats, or those who are exposed to frequent temperature changes and humidity, need to void their magazines (or unload revolvers) weekly and inspect each round.

We’re looking for dents, damaged primers, and bullet setback, as well as general filth, as airborne grit, dirt, dust, and moisture will effect ammunition and magazines. 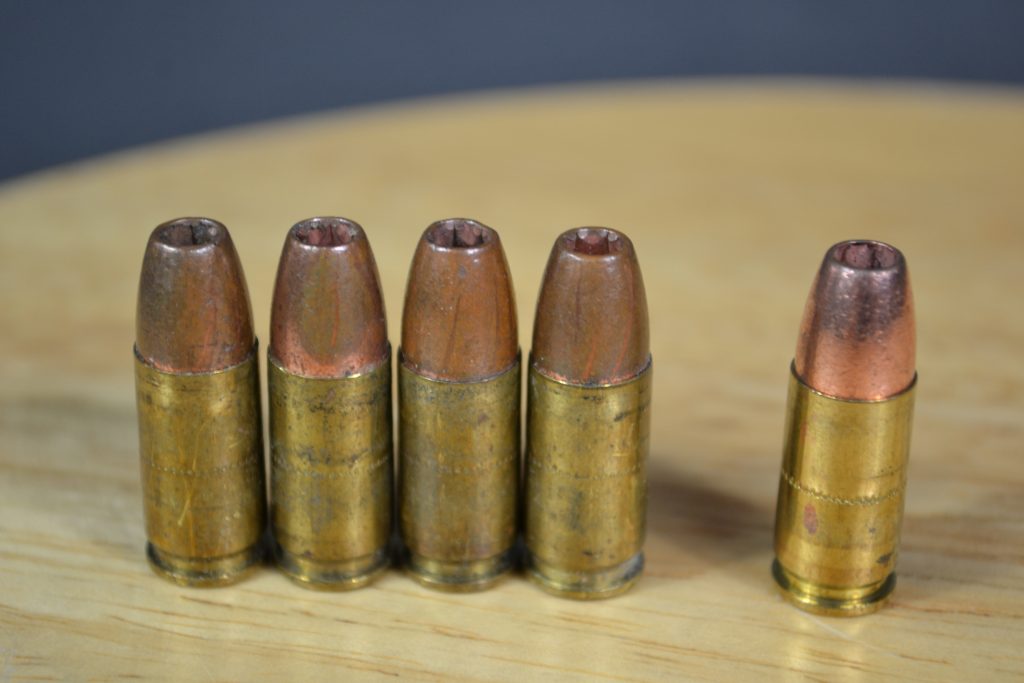 4 rounds (left) carried in a spare magazine for 12-months. Single new round (right). Note the green tarnish build up along the case edges and base.

When exposed to heat and sweat, brass cased ammunition will tarnish. It then begins to attract lint, dirt, and dust, making the outside surface “gummy.” This, in an advanced state, will make the rounds stick to each other as well as to the inside surface of the magazine body. This is hardly a problem with nickle plated cases, and many manufacturers now offer such (Super Vel, Corbon, and Winchester to name a few.) 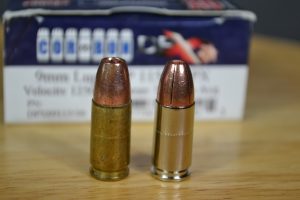 An older round of Corbon DPX, brass cased (left), and a newer round of DPX with a nickle plated case (right.)

For those of us that carry in an office environment it’s less of an issue, but my students who are mechanics and heavy equipment operators understand how quickly their carry gear succumbs to the combination of filth and moisture.

Can they be cleaned and recharged into our mags for carry? Sure. But, I suggest you not risk it. More than that, I suggest we not allow our ammunition to reach that state in the first place, which is accomplished by routine inspection and replacement.

I encourage all of us to also shoot a serving of our carry ammunition a few times a year. There is a noticeable difference in recoil between round-nose practice ammunition and +P hollow points. We need to experience it, and the best way is to simply shoot up what you are carrying during practice when inspection indicates replacement is due.

Yes, I know quality hollow points and copper solids are expensive. But, we’ve gone through all the trouble and expense of training, equipment, permits, etc., so we are not going to “cheap out” when it comes to $50 of ammunition twice a year. Our lives depend on it! 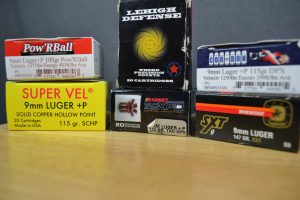 A few notes on defensive rounds.

I mentioned nickle plated vs brass cases earlier. I don’t have a preference other than to say brass does seem to get “gunkier” quicker. I don’t know that I’ve seen or heard of any specific performance issues that would cause me to choose one over the other. The claim is that nickle plated cases feed and extract more reliably, and that very well may be true. I simply haven’t seen a fraction of nickle plated cases fired compared to brass cases, so I can’t say that’s true until I see a few 100-thousand of them fired. However, if the brass cases in your magazines start to tarnish, that will eventually cause feeding and extraction issues. That I have seen, and nickle plating fixes the problem – of course, for a higher price.

Also, I have no doubt that nickle plated cases extract more reliably from revolver cylinders.

Bullet set back occurs from chambering the same round of ammunition multiple times.  As a round is chambered, the bullet will be pushed slightly back into the case from where it was factory seated. In doing so, it reduces the combustion area inside the case, which in turn slightly increases the chamber pressure. This isn’t a big deal, and manufacturers account for it when producing ammunition. 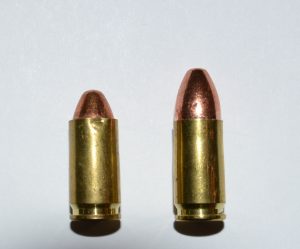 An extreme example of Bullet Set-Back. It’s generally not obvious without a very close look.

It becomes a problem when the same round is chambered over and over again as the bullet then continues to be seated deeper into the case each time, creating a dangerous pressure spike!

Many choose to unload their carry guns regularly. Either when they take them off at the end of the day, or anytime they take them off their body. These folks are prone to removing the magazine and ejecting the live round – then, the next morning, they will insert the magazine, chamber a round, and proceed to top the magazine off with the loose round that was chambered the day before. Thus, the same two rounds are rotated in and out of the chamber every other day causing both to experience bullet set-back.  Sometimes it’s only the same round, depending on user routine, but, either way, it’s a problem!

Most manufacturers of high performance ammunition use a canneluring tool to create light crimp or groove right at the depth point in the case that the bullet is seated. This prevents the bullet from being “set back” into the case when pressure is applied to the tip of the bullet. I recommend ammunition with this feature.  Some quality ammunition does not include it, and it’s not a deal breaker for me. However, without it, one has to be on the constant lookout for the set-back issue and be prepared to discard rounds that display it. 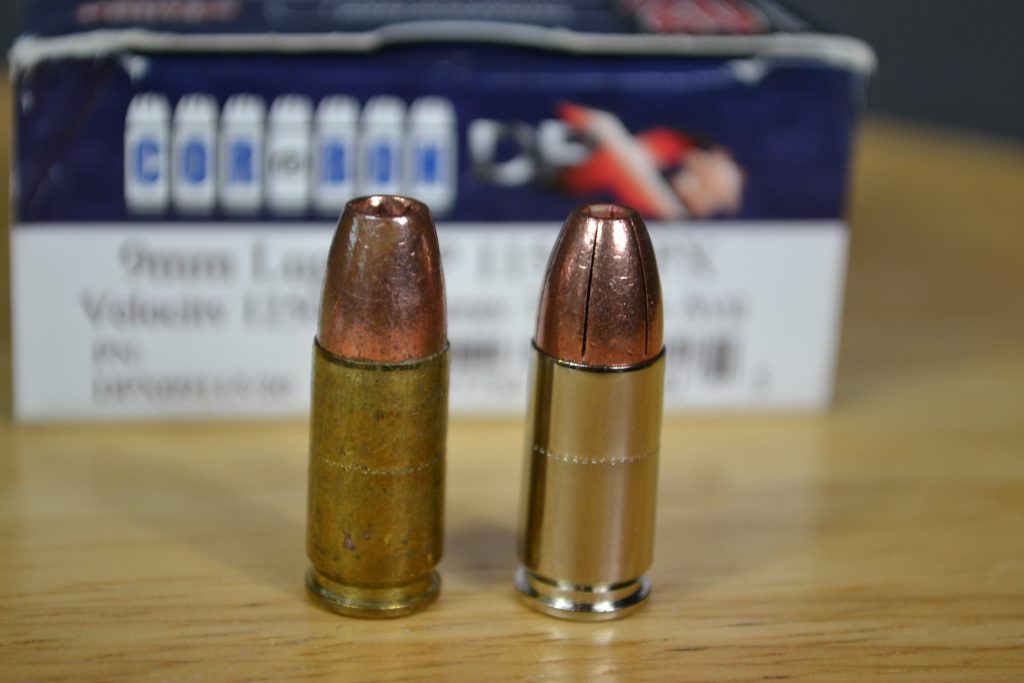 Two Corbon DPX rounds with cannelure and solid copper bullet. The actual base of the bullet is right above the cannelure.

Lastly, I recommend many brands of hollow points for self-defense, but there are really only two bullet designs to choose from.

The first, and most common form (until rather recently), is referred to as  “jacketed” or “bonded.” This consists of a lead core with an external copper jacket. We have Lee Jurras and J.D. Jones of Super Vel [Vel is short for Velocity] to thank for perfecting and adapting the idea to handgun ammunition. Their vision brought an innovation comparable to the difference between using candles or the electric light bulb! All other major manufactures saw the performance they’d achieved and immediately ran with their ideas. And, as a small producer with limited capabilities, Super Vel ended up shutting it’s doors in 1974 because of it.

The second type is the solid (copper only, no lead) copper hollow point, the most well know being the Barnes X-Bullet. The X-Bullet was loaded in the original DPX rounds, and is still produced by Barnes and offered in their name brand ammunition. Corbon now manufactures their own version, as does the recently re-opened Super Vel (Now under the ownership of Cameron Hopkins, former editor of American Handgunner Magazine.)

Corbon also offers a Pow’R Ball round which is basically the DPX bullet with a plastic/nylon insert in the tip. This is for firearms which are somewhat finicky when it comes to feeding hollow points. (E.g. the Glock 36 in .45ACP.) The insert allows the round to feed with the same reliability as a round nose bullet, yet still perform as a hollow point.

The newest innovation in bullet technology is a solid copper monolithic bullet [pictured below] being produced by LeHigh Defense.  For us, the Extreme Defense version is the appropriate carry choice.

The performance of these rounds is outstanding, and they look to be the future! 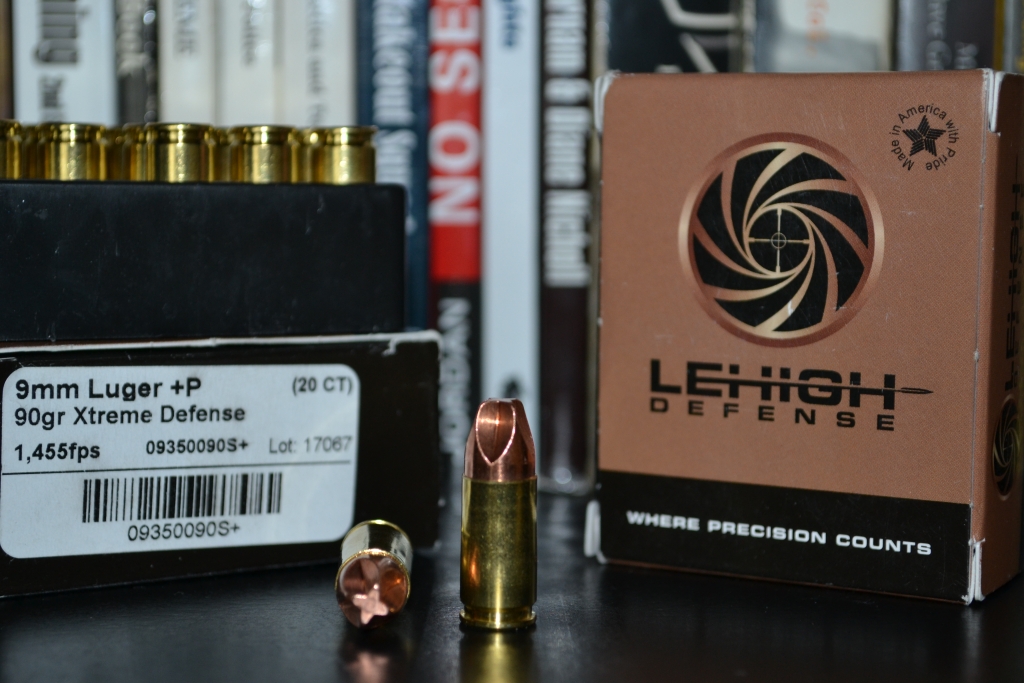 All the ammunition I’ve mentioned will work (as well as handgun ammunition does.) What’s important is that we shoot some of it occasionally, change all of it out regularly, and have a LARGE supply of it in reserve…for a rainy decade.