With today’s Dobbs decision overturning Roe v Wade, and yesterday’s SCOTUS affirmation of the right to carry firearms, the left is presently experiencing an emotional (soon to be physical) meltdown.
DC police have been placed on 12-hour shifts, all leave has been cancelled, and they are presently around the capitol in riot gear. Armored vehicles are starting to arrive.

Guard units have also been activated.

Court houses, places of business, and government buildings are being boarded up in anticipation of unrest.

ANTIFA, and terrorist organizations like Jane’s Revenge, are promising violence. Since last month’s leak regarding this decision, there have been 27 attacks on pregnancy advocate organization offices around the nation. As with the SCOTUS leaker, the FBI has made no arrests. However, they did manage to raid the homes of 4 different Republican/GOP leaders in the past 24-hours because they dared to act as or appoint alternate convention delegates to have on stand by in the event any of the court challenges to the 2020 election were upheld. Which, by the way, was perfectly legal and standard practice. Priorities!

Merrick Garland issued a Justice Department statement today in strong opposition to the SCOTUS decision, promising to continue to protect heath care workers and facilities in states where abortion remains legal. The statement ends with: “Few rights are more central to individual freedom than the right to control one’s own body.” Apparently that doesn’t apply to government mandated injections of experimental mRNA gene therapy. 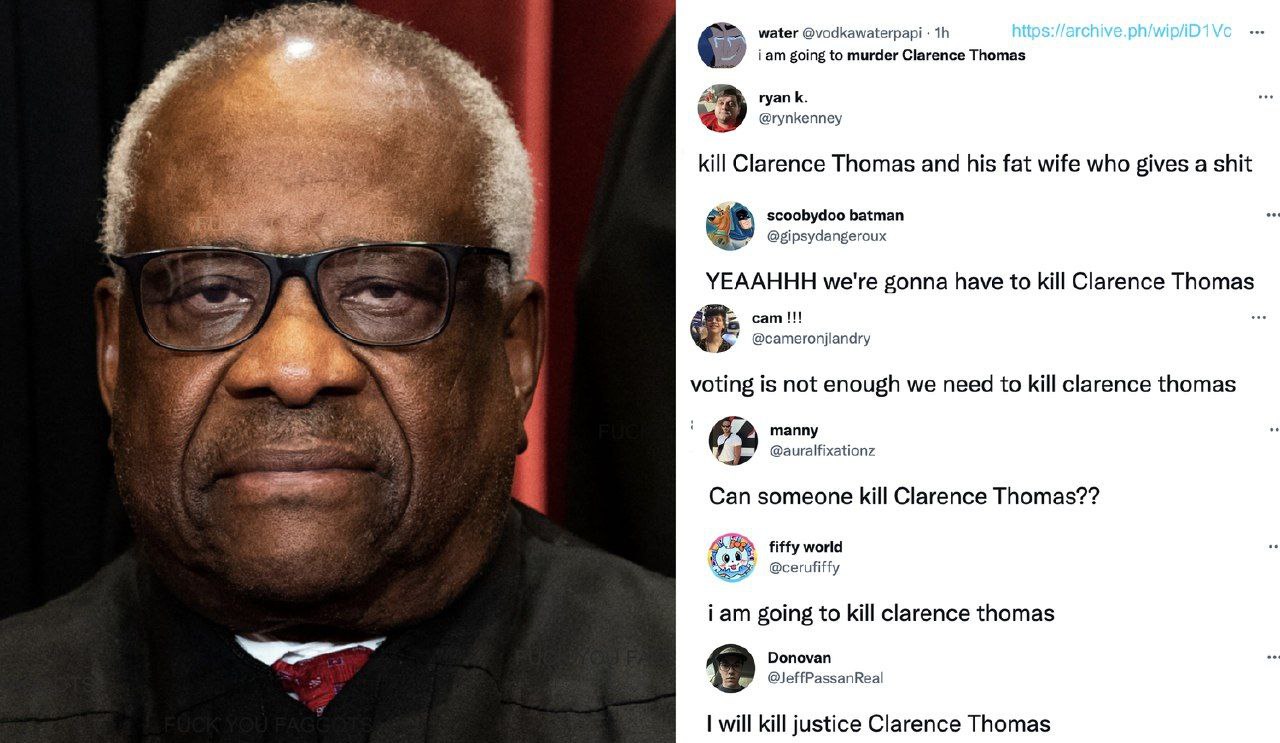 Pelosi, Waters, Newsom, and the rest of the Marxist democrats, as well as the usual coven of Hollywood witches and celebrity ghouls, are Tweeting and screaming – most calling for their cult members to take to the streets. …to what ends? They’re sketchy on the details. But, it’s obvious – if they can’t sacrifice babies then our neighborhoods will have to suffice!

Fresh from his fall off his bike and his 437th vacation this year, Biden made an address to the nation today regarding his dissatisfaction with the ruling. Presented in his trademark dementia-laden, slurring, squinting at the teleprompter style, he promised to somehow do something at sometime about this outrage against women.

That’s one thing they are all in agreement about today is this decision is detrimental to women – just the living ones, though, not the unborn ones. Of course, for the past 5 years they couldn’t define what a woman was because “not a biologist.” However, today they are certain – it’s a war on women! The goal posts move once again. But, to be fair, AOC did use the term “birthing persons” this afternoon, which actually makes the whole affair even dumber. But, when doesn’t she make a subject even dumber?

Some of you may remember as we approached the 2016 presidential election my statement that our choice of candidate was not about their personality, past, hairstyle, spouse, or campaign promises – it was about SCOTUS picks. Presidents come and go – but Justices are seated for a lifetime. As far as I’m concerned, with the Article II decision, and today’s state’s rights decision (and state’s rights is really what it was about, not abortion), Trump is a national hero. He gave us three Justices that, while maybe not as impressive as we might want, are a night and day difference from what Hillary would have nominated. To all the never Trumpers out there, I won’t hold my breath waiting for your mea culpas.

Regardless of where any of us stand on the issues, we now have to navigate the chaos.
Our advice to the advisable is as follows:
-This weekend, stay close to home.
-Do not attend any rallies, marches, or protests – neither for, nor against. We don’t need to be in those crowds!
-Keep your opinions to yourself. Expressing one’s views in the checkout line this week may be an invitation to violence. You never know who is listening. Emotions are running high, right now, and your odds of convincing anyone of anything are extremely low. On the other hand, your odds of having a punch thrown at you are extremely high.
-Bumper stickers, window paint, flags, yard signs – not a good idea.
-Keep your finger on the pulse of events as they unfold. Know before you leave for the little league game whether protestors have shut down the highway.
-Carry your gun.
-Carry your gun in a proper holster, trigger guard covered, round chambered, magazine fully charged. (All cylinders of revolvers loaded.) And do so AT HOME.

-For those able and willing, long guns in covert carry bags should be traveling with you.

-OC/pepper spray for every responsible family member.
-Avoid being away from home after dark.
-Gas tanks should be full.
-Get home/bug out bags should be checked and staged in vehicles, or by the door.
-Church Security personnel need to be on high alert. For those involved with such, consider doubling your eyes on duty for the next month, and placing a trained, armed member of your team in a vehicle at all property access points. And not just during services, full time. If you don’t have radios, borrow some! If you haven’t already, ID the LE and former military in your congregations and draft them. No members of your church should be in the building without security present.
-Seminaries, vacation bible schools, pregnancy advocate facilities, bible study groups – you need armed security immediately.

-Do your best to locate the elderly and infirm in your neighborhood. Should rioting or arson appear on your block, there are some who will require help evacuating…or, just dealing with a temporary power outage.

-Bottles/canteens of water in every vehicle and bag.

-Be prepared to take alternate routes when traveling. And be ready to go on foot.

-Wear sturdy footwear at all times, even when fetching the mail.

-Keep cash on you and at home. Be prepared for cyber attacks that may render card readers useless.

This, like so many potential flash points, we will most likely get through. But, it’s always better to be equipped and ready for the worst rather than be caught unprepared.

The sun will be setting on the East coast in a couple of hours – the clock is ticking – get moving!