It’s less than 48-hours before the election and I remain cautiously optimistic.

My bet is that we will whether the next 30-days reasonably well. And, by that I mean with bumps and bruises, but not any permanent damage.

However, as is my usual practice, I will be hedging that bet and remaining as prepared as possible for serious crazy.

In retrospect, this past year has been a great learning experience for myself, my Instructors, and our students. It served as a kick in the pants for many of us to re-prioritize our personal preparations and patch the holes we’d been ignoring.

In my life, this meant making the effort to reacquaint myself with gear I hadn’t used in eons, as well as organizing and labeling supplies I’d thrown into random boxes over the years. Expired batteries and foods were swapped out, neighborhood communications were shored up – lots of productive actions were taken.

However, our biggest accomplishment was the 140 students we have trained since June!

We’ve been busy, as has every other school in the business. That means 10’s of 1000’s of Americans have added real skills to their preparations. And, as Clint Smith is fond of saying, “When you’re having your ass handed to you in a parking lot is not the time to learn new skills.”

We we’re all given time to prepare, get in shape, and practice – It’s my most sincere hope all of you took advantage of it!

There are rumblings all over the internet from ANTIFA, BLM, and the usual bunch of communists, that they will be causing mayhem post-election day should DJT be reelected. How organized or energetic their mobs will be remains to be seen.

My advice to the advisable is this:

– Make avoidance of the major metro areas a priority for the next week, and probably the next month. This week alone has seen clashes in Portland, Washington State, Philadelphia, LA, and a dozen other locations.

– Arms should be at the ready every waking hour. Holstered pistols are the order of the day – wear your gun at home! No responsible adult should be leaving the house unarmed – that includes to fetch the mail or walk the dog. Rifles should be in vehicles, stored in “Sneaky Bags”, “Savior Cases”, or the like. Condition should be ‘Transport Mode’ sitting next to each owner – ready to be grabbed out of their bags and deployed immediately! 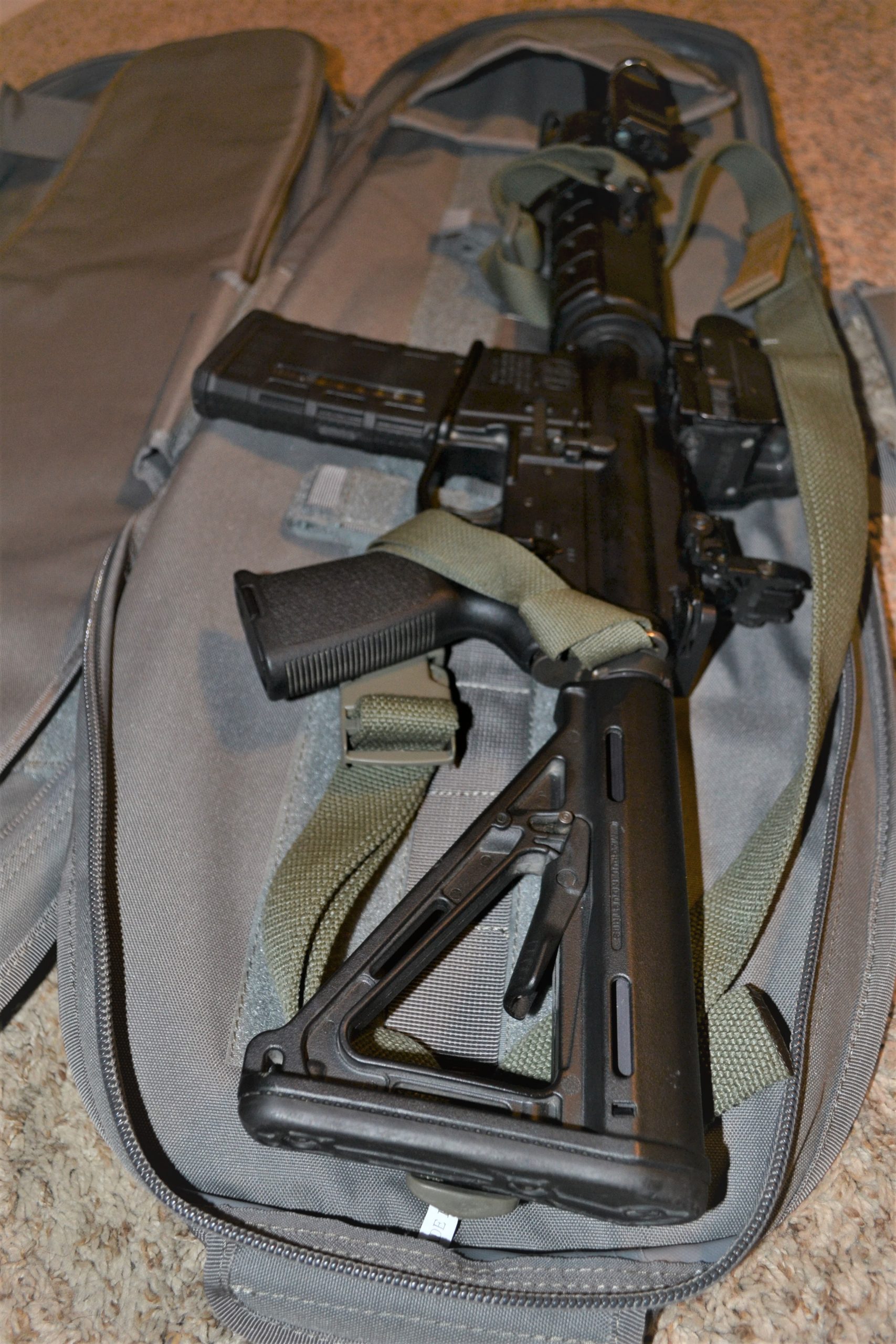 Author’s S&W M&P MOE in a Savior Case. Rifle is in ‘Transport Mode’, meaning chamber is empty, fully charged magazine inserted. All that’s required to get the rifle into action is to run the bolt. Rifle is equipped with an EOTech XPS2 optic, a Streamlight TRL-1 mounted light, and a Blue Force Gear Vickers sling. Ammunition is the CORBON DPX round. 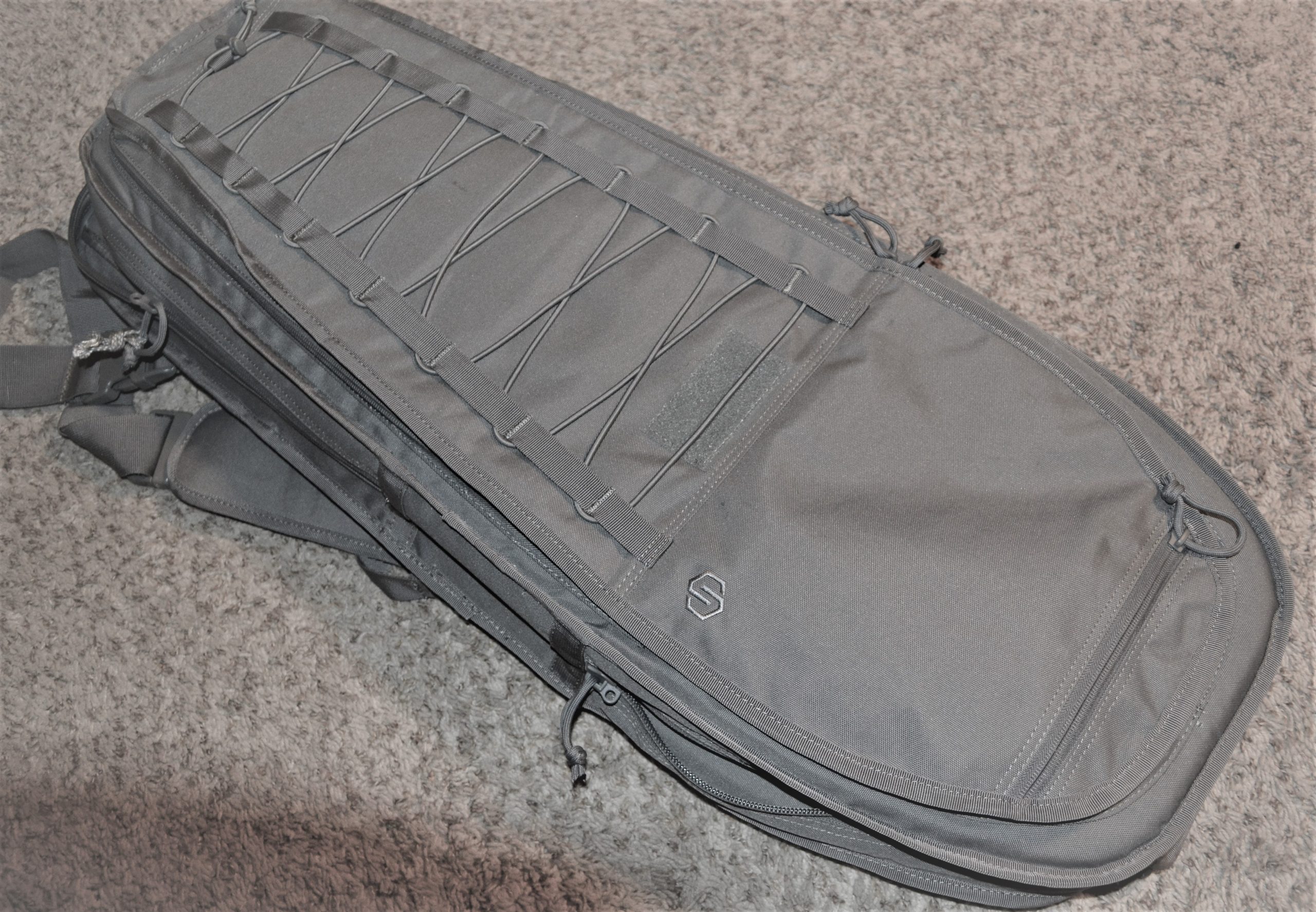 – Air travel, and all mass transit in general, should be shunned for the foreseeable future.

– No family member should be leaving the house without dressing for the present weather as well as the overnight weather in the event they are stranded or need to walk.

– Food, medical supplies, fire extinguishers, medications, etc., should already be in place. If not, consider ordering a delivery rather than chancing the mob. Over the past 24-hours I’ve had reports sent to me from multiple places in the nation regarding long lines at stores. This week is not a good time to be swimming in crowds. Emotions are high and there is real fear out there.

– Double check on your loved ones and the elderly you know. They should not be risking trips out if you can “loan” them what they need to get by.

Again, I think we will weather this in a better, rather than worse, way – however, that still doesn’t mean there won’t be pockets of riots, or that good people won’t be hurt…or even murdered.

I’m personally not interested in being a statistic, so I’m taking the measures I think necessary to avoid such. And, I’ll continue to do so into the future, regardless of Tuesday’s outcome.

Once we know what that outcome is, I’ll comment accordingly.

May you all have victory!

Savior Cases are available on Amazon for immediate shipping. $65-90, depending on size and color.