“When you’re getting your ass handed to you in a parking lot, that’s not the time to start acquiring new skills.” – Clint Smith

At our recent sold out Introduction to Defensive Handgun Class we had two sisters in attendance that were both mothers of SIX.

Upon learning that, it immediately struck me how motivated these two women were to be there. The logistics and arrangements that had to be made so they could both attend must have been incredible.

Spouses had to be on board – meals, child care…all the details on the check list addressed so they could set aside an entire day without interruption to learn.

Honestly, we were honored.

I have friends, relatives, and neighbors who have expressed interest in training, yet never seem to find the time. Some have been making excuses for the better part of 20-years. Of course, some excuses are legitimate, but most are not. When one truly wants to accomplish such a goal it can be done, as illustrated by our students two weeks ago. It’s simply a matter of priorities.

As we count down to November 3rd, the civil unrest and spikes in crime will not be subsiding. It will be getting worse before it gets any better. And, like it or not, our priorities in 2020 have been shifted. We have been forced into a re-prioritization of our immediate needs by the circumstances of our nation’s politics.

Police departments are being “defunded’ and stripped of effective enforcement methods. In metro areas officers are being given stand down orders in the face of rioters, and the few violent criminals they’re actually allowed to arrest are barely held for half a day before being released on minimal or NO bond at all.

In blue states, felons are being released from prisons in the 10’s of thousands under the guise of preventing the spread of COVID. Meanwhile, good citizens are being threatened with fines and even arrest should they dare be out in public without a mask on.

Officers are taking early retirements and leaving departments in droves.

All of this is being brought to us by leftist politicians who are pandering to the communists and anarchists in their ranks, all while ignoring the good citizens and business owners of their precincts who are being physically battered and financially ruined!

It’s as if they don’t have a clue about who is actually paying their ridiculous salaries, or how their boated pensions are funded.

But, they do know. They simply don’t care!

No – their priority from now till November is to regain power. The Democratic party, its backers, and a metric ton of RHINO’s [Republicans In Name Only] have gone “all in” on taking down the sitting President, and they don’t care what is destroyed or who dies in the process. That includes you, me, our families, our homes, and our nation. It especially includes the Constitution, as well as all the institutions that serve as the foundations of Western society. Police, the nuclear family, Christianity, private property, the military, patriotism, and all our heroes past and present. They want it all razed and rebuilt as a totalitarian communist state.

Don’t fool yourself – this push for “defunding” is setting the foundations for a nationalized police force. Centralized control with the entire nation as it’s jurisdiction. It’s much easier to haul the opposition away at night when your goons don’t know them personally.

I, for one, am not interested in their “utopia.” And, from the looks of things so far, neither are about 150-million of my fellow Americans.

That’s good, but it’s not good enough to convince the left to back off. They see this as their window of opportunity, and they are committed to it.

This leaves us with a surreal situation to navigate for at least the rest of the year. I can’t predict the future, all I can do is share what I see as probable. I don’t see “civil war”, and I don’t see ANTIFA growing any larger than it is. But, I do see the following as a good bet:

– Expect more violent flare ups in the cities. Expect home invasions and random attacks in the suburbs. Shots will be fired, and people on both sides will be lost.

– Be prepared for some spotty food shortages, shipping delays, and spikes in prices with commodities. Not famine and bread lines, just disruptions.

– COVID is not going away – meaning, it will be used at every turn in an attempt to control people and trash the economy.

– Don’t be surprised to see power outages or other disruptions with basic utilities.

– As some schools reopen, we might expect a few mass murderer to occur.

– …and it sure has been a while since there was a terror attack anywhere, huh? [Train derailments, power grid, aircraft, public gatherings, etc…]

– No matter who wins the election, I doubt either side will be accepting of the results. More unrest will follow.

Guns and ammunition will continue to be grabbed off the shelf the second they are stocked, so don’t count on finding any deals for the next year. If you see something useful, don’t wait, buy it!

However, that case of ammo in your possession offers nothing but the fantasy of security when you don’t have the skills to go with it. The time to train is now!

We have been running sold out courses for the past two months, but one thing we haven’t done is raised our prices. My goal is to train as many good people as possible before November 3rd. There are still a few spaces left in our remaining classes, and I hope to see your name on the roster.

Two weeks ago our student sisters experienced massive improvement in their skills. Yes, they shot up precious ammunition, and they had to ask their loved ones to make some minor sacrifices to be there, but they now traverse this storm ready to properly defend their families and their liberty. They understood the importance and they made it happen!

Time is running out. 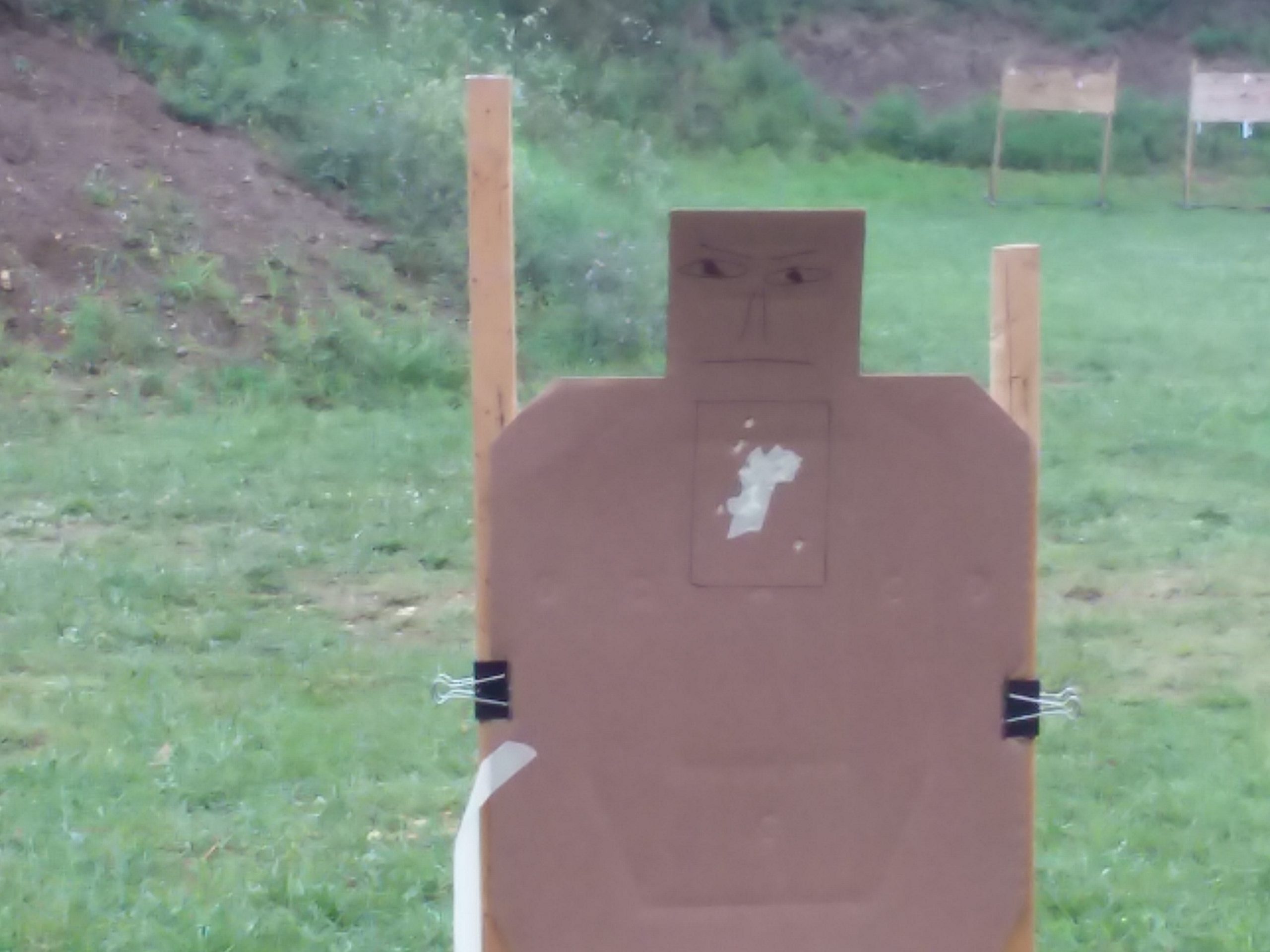 The first few sets of shots fired by one of our female students August 1st. From the holster with movement. All 12 targets were equally as impressive. This group of ladies now have skills!

About the Author: admin

This is my bio.