I recently had opportunity to get my hands on the American made CETME L rifle manufactured by MarColMar Firearms of Richmond, Indiana.

Founded in 1949 by former Mauser employees, CETME is an arms manufacturer based in Spain.

The company is best known for it’s Model B and C rifles, which were cloned by H&K and produced under the designation G3. The G3 being chambered in the standard NATO 7.62×51 cartridge.

In the 80’s, CETME began producing the L Model, which was a scaled-down version of the C chambered in 5.56 x 45 NATO cartridge, and in 1984 was adopted by the Spanish military and police agencies. It uses most standard NATO pattern magazines, but seems to dislike Magpuls. 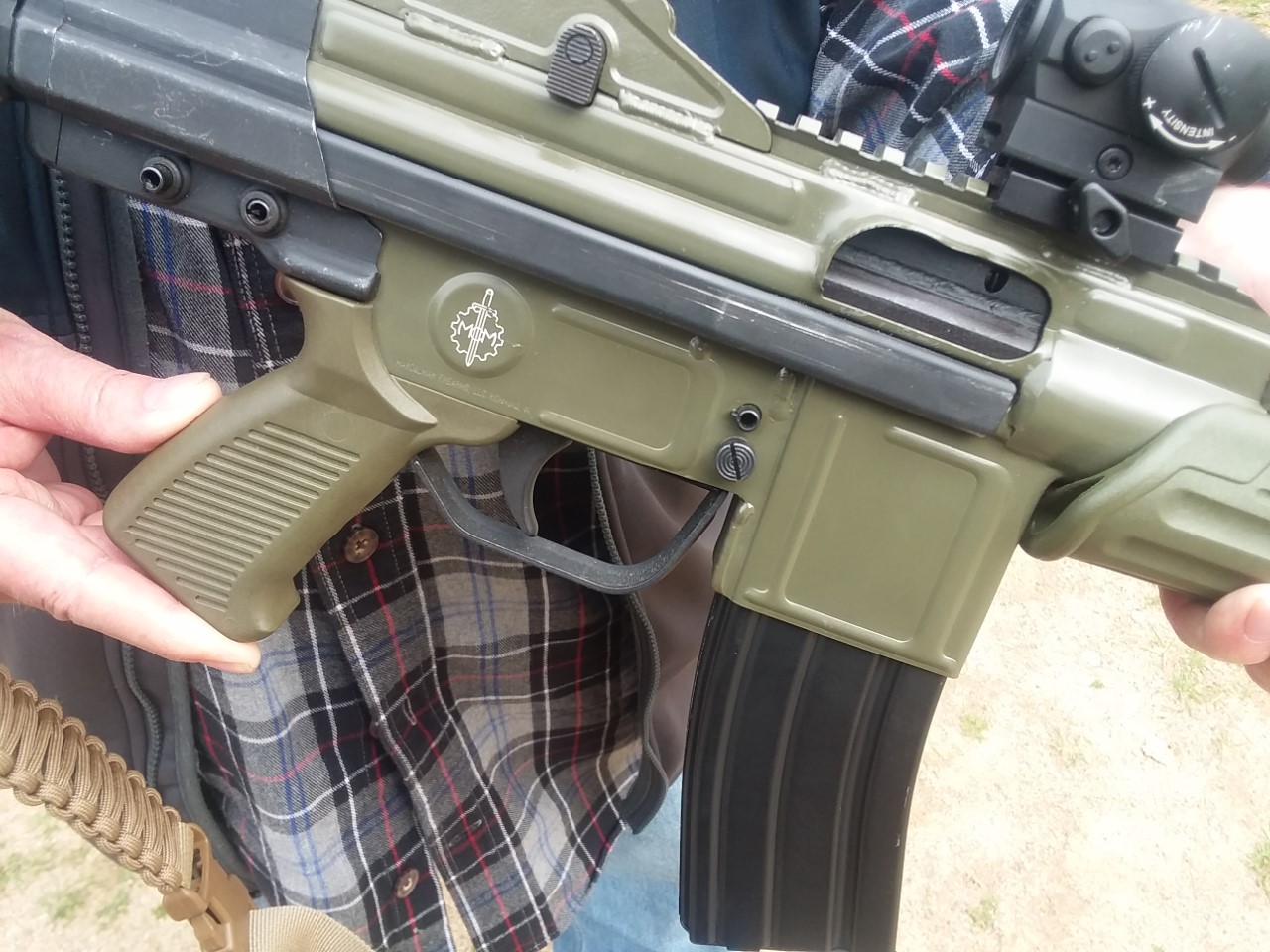 Magazine release button is quite a reach!

The Model L is not my first choice of rifle. I find it heavy, and there are a number of smaller issues that annoy me when I handle one, such as the ergonomics of trying to run the selector with my thumb and the extended reach required of my index finger to press the mag release. The wire collapsible stock is incredibly uncomfortable with regard to cheek-weld, and you can’t pad it and still collapse it since the rails of the stock retract into slots in the receiver.

The wire stock of the L extended

The L, like the G3, also sports a fluted chamber, which leaves the ejected brass mangled past any hope of reloading it.

All that said, I still enjoy admiring the history and craftsmanship of a quality rifle, and that’s where the MarColMar shines!

Recently, MarColMar Firearms arranged to purchase and import Model L parts kits from Spain to be assembled on their US manufactured receivers. The result is an outstanding reproduction that is no doubt better than the original!

The rifle they produce is fitted and precise – all the parts feel like they belong. The furniture and barrels are new US manufacture. The receivers are precision welded, and the rifles are finished in CERAKOTE. 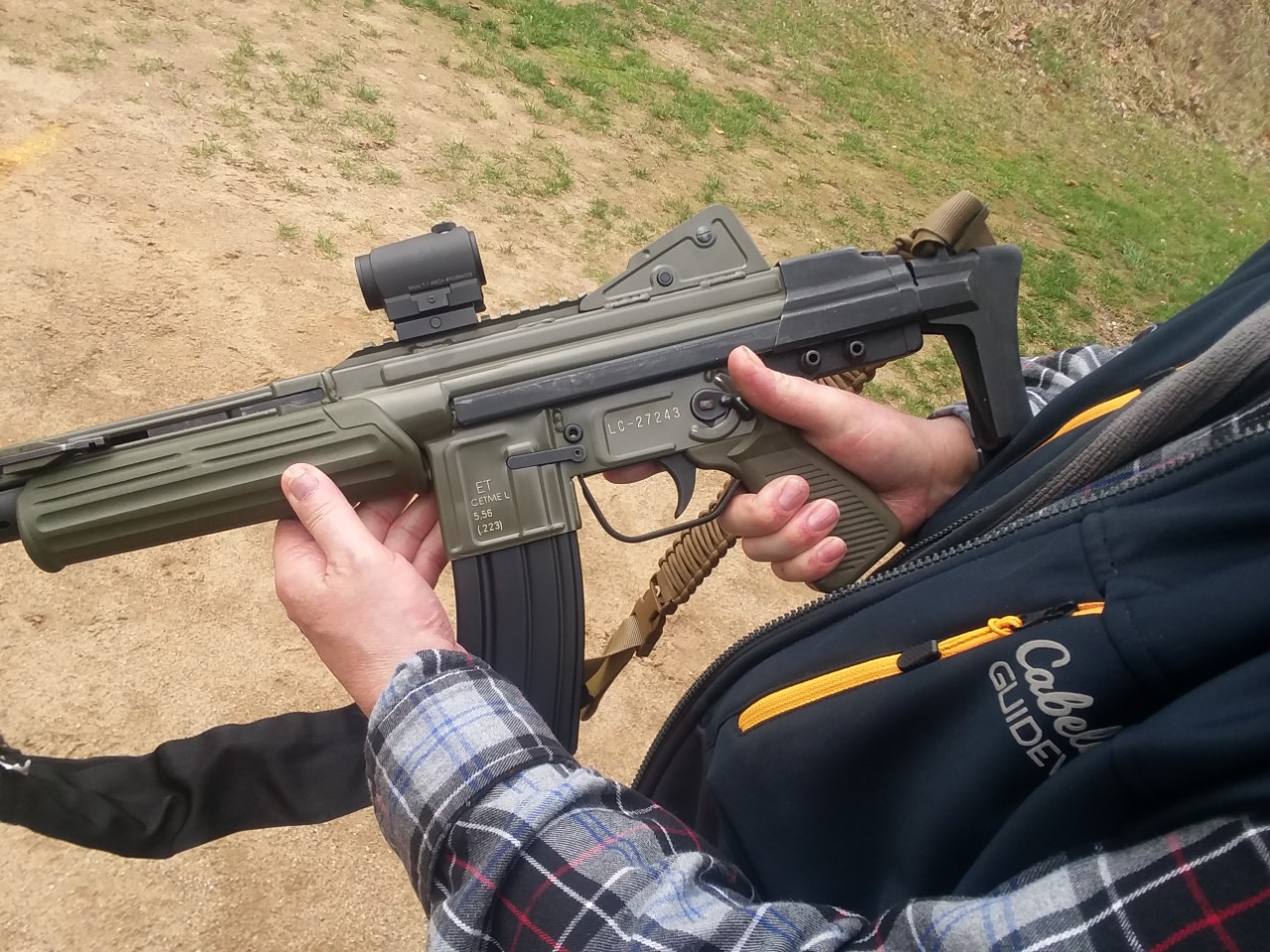 Clean welds, fine finish. The charging lever is located on the left side along the top of the handguard. It is non-reciprocating

The L fires SMOOTH. Between the weight of the rifle and the roller-delayed blowback bolt design, it’s a joy to shoot!

As far as my criticism of the original design, the MarColMar CETME L is available with a fixed stock, and, I generally don’t reload – So, two of the issues are negotiable. Weight and ergonomics are what they are- but, for those attracted to the G3/HK91-style rifles, the MarColMar is as good as they come!